Wilhelm Farm is typical of many small hill farms throughout New England. The 46 acre parcel of land encompasses a variety of landscapes, including open fields, forest, a woodland stream, and other wetland areas. Little of the land is level, and much of it is unsuitable for cultivating crops. Mountain Brook is a woodland stream that bisects the property.


My husband and I bought the North Granby, Connecticut farm from my parents in 2003. I spent many happy hours as a child playing in the woods and splashing in Mountain Brook, with siblings, cousins, or friends. The brook actually flows from south to north, running into the East Branch of Salmon Brook near the North Granby Post Office. The land rises steeply on the west side of the brook, marking the first uplift of the Berkshire Mountains. The brook is fed by many intermittent streams that run down the mountainside in wet seasons and heavy rain events. In the spring, one can find Skunk Cabbage, Trillium, Trout Lily, Wood Anemones, and many other woodland flowers along its banks. Songbirds, woodpeckers, brook trout, frogs, turtles, salamanders, and even an occasional otter have been seen in the brook or the wetlands that surround it. The banks and sandbars are pocked with the tracks of woodland creatures who come there to drink. I frequently hike to the brook at dusk. The tranquility of this spot restores in me a sense of calm and peace after a day spent behind a desk and then a long commute home.


On such a walk on an evening last summer, I found the stream running with cloudy, discolored water. There had been several powerful thunderstorms in recent days, so the brook was full, but the water was so turbid that the stream bed was not even visible. The mossy banks which are normally a vivid green, were coated in a layer of reddish-brown silt. This place that always sparkled and vibrated with life looked frightfully dull and dead.


Concerned that the brook was in distress, I immediately called the local Inland Wetlands and Watercourses Commission. Already alerted by someone far downstream from our farm who also had noticed the alarming discoloration of normally pristine Salmon Brook, the commission had traced the silt to its upstream source -- a recently cleared wooded slope with inadequately built sedimentation ponds.  The offending landowner promptly engaged remediation experts to stabilize the slope and to shore-up the sedimentation ponds. Additionally, significant deposits of sediment in the affected wetlands were carefully removed to mitigate damage to this sensitive habitat using special equipment and manual labor.

Though relieved that corrective actions were underway, I worried that the damage had been done and I would never again see the brook as it had been. A consulting hydrologist and soil scientist retained by the upstream property owner came to our farm to evaluate the impact on downstream neighbors. Though the water was running clearer than it had several weeks earlier, the stream bed and banks still were coated by a layer of fine, red silt. The slightest disturbance of the stream bed caused the water to cloud. Deeper pools of water remained opaque, with the fine silt particles held in suspension. The expert explained that unlike the situation at the source, these downstream deposits of silt were not enough to warrant human intervention. Attempts to remove the sediment would likely cause more harm than benefit. He said heavy rains and the high waters of spring would wash the silt out of Mountain Brook. These particles would travel through larger and larger waterways until they were eventually deposited as sediment in Long Island Sound. The best course of action was to do nothing; to give the situation time and let nature take its course. He was right! I watched the brook through the late fall and winter and have been delighted to see Mountain Brook returned to a pristine state.


Nature’s ability to heal from trauma reminds me of how miraculous our natural world is. The restoration of this one, small jewel gives me hope for the future. Although our environment's natural resiliency struggles to survive in our human wake, it is not too late to reverse the harms we have inflicted on the planet. Spring is the season of rebirth, renewal, and new beginnings. Let's all do our part. We must commit to keeping our environment clean and livable. When added together even small, individual actions, such as buying local food, picking up litter, or planting a tree make a collective, positive impact. "For the beauty of the earth, For the beauty of the skies..." -- let's sing it; let's do it! 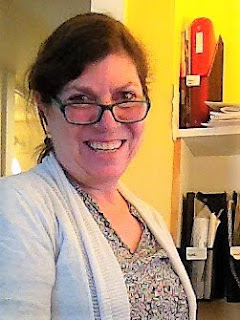 Ann Wilhelm is a Research Analyst in the University of Connecticut’s Office of Institutional Research and Effectiveness. As part-time farmers and advocates for small-scale agricultural systems, Ann and her husband, Bill Bentley, are implementing several agroforestry systems on their North Granby, CT farm.