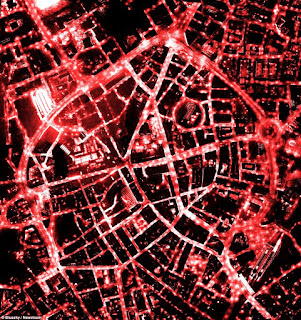 Yanil Teron: Bonding the Heart of Hartford
by Muhammad A. Zeb, Trinity College 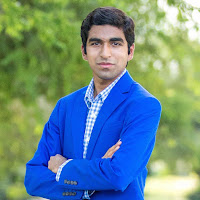 Muhammad A. Zeb is a freshman Class of 1963 Scholar from Corpus Christi, TX. He is founder of a South Texan non-profit called the Heritage Bridge Foundation, and has been selling cars since he was 16 years old.

A metropolitan area is similar to a human body, wherein each city functions as a unique organ, while the central city represents the heart.  The City of Hartford -- the heart of a 1.2 million person metropolitan area -- is starved of its lifeblood in a region starkly divided by income and race across municipal boundaries.[1] These divisions present barriers to social capital[2] in the region, reducing trust, participation, and its ability to work collectively. Activist Yanil Teron[3] has rolled up her sleeves to reinvigorate the region’s social capital. As the executive director of the Center for Latino Progress, she recognizes that, “Hartford is truly the heart of this region.” She has dedicated her professional career to building community, especially among Latinos in Hartford. In addition to these close-knit bonding interactions, Ms. Teron further seeks to build bridging social capital across diverse groups in order to channel their energy through the veins of Hartford and its surrounding area.
Hartford’s Current Diagnosis
Historically, Hartford was synonymous with the term wealth. From manufacturing to finance to insurance, Hartford served as a hub of economic activity in the United States.[4] Though this is not the case in the modern day, Hartford continues to possess generous traces of the resources of its glory days, such as a sizeable industrial sector. Hartford is also home to numerous higher education institutions. These institutions are a vital asset in the revival of Hartford as they nurture future citizens of the area. Instilling the importance of social capital in the students of such institutions offers a promising future for Hartford.
The city of Hartford enjoys a wealth of diversity. Though the existence of wealth and diversity in a region is often a positive element, diversity and wealth are polarized in greater Hartford, leaving much of the wealth in the surrounding suburbs.[5] This departure of wealth from the city has led to a financial crisis in Hartford as the city has minimal taxable property within its 17.9 square mile jurisdiction. Furthermore, segregation and mistrust within and between the various ethnic populations of the city of Hartford are at a high level.[6] As the largest ethnic group in the city is Latino, specifically Puerto Rican, Yanil Teron’s primary goal is to increase social capital among the Latinos of Hartford.
Step 1: Bonding a Broken Heart
Social capital is a vital element in a successful community since it represents the value of human networks that enable collective social action. A high level of social capital is often associated with better health, better child development, and greater safety and prosperity.[7] The two types of social capital, bonding and bridging, are closely related and one can contribute to the other.
To address the issue of the broken heart of the greater Hartford area, Yanil Teron is leading the Center of Latino Progress to generate bonding social capital among the Latino population of the city of Hartford. The projects led by Teron include immigration services and adult learning classes, specializing in English proficiency. These in turn coordinate with the FUTUROS program for job placement.9
Most recently, the Center for Latino Progress has developed the BiCi Co. program, which encourages individuals to bond over the activity of biking, through workshop courses and planned bike rides that facilitate face-to-face interactions.[8] As Teron explained, “Our social capital plan goes beyond the professional interaction… we do fun things too.” In addition to fun, the program promotes environmental sustainability and transportation access.
To further build social networks in Hartford and beyond, Ms. Teron and her organization often partner with other organizations. This fall, for instance, they participated in the Heroes and Icons Exhibit by the Arte Foundation. At this event I was given a first-hand look at how Teron’s plan of increasing greater Hartford’s social capital occurs through the force of bonding social capital.

The event specifically focused on the interaction of people around their appreciation for Latino culture and heritage. The spectrum of attendance greatly varied from the Latino working class to elite members of society. I was impressed to see how a simple gathering can increase in bonding social capital. In a corner holding a plate of Puerto Rican delicacies, I saw a Latino entrepreneur giving job tips to a mom of two. Shifting my glance I saw an immigration attorney discussing policy with a state representative in the presence of a new immigrant.
“This is only the first step in our plan,” Teron claimed when I expressed my awe to her. “The city of Hartford needs to bridge out to the wealthy suburbs to help greater Hartford improve,” she explained.
Step 2: Pumping Social Capital through the Veins of Greater Hartford.
As the map displays, Hartford is financially challenged yet its surrounding suburbs include dense pockets of wealth. Teron’s ultimate goal is to use the rebuilt heart of the region to pump social capital throughout the region, thereby connecting the financially stable to the financially marginal. “People come and go from the city every day, but they don't interact with the residents of the city. Our goal is to make these outside visitors interact with Hartford residents,” Teron elaborated. In order to accomplish this CLP is currently broadening its outreach to partner with programs like Hartford Magnet Schools and the Girl Scouts of Connecticut to increase bridging social capital.

You should do something too.
Yanil Teron contributes to healing Hartford’s broken heart, through bonding social capital. Now her goal is to bridge this new social capital to the greater Hartford area, thereby reinvigorating the region. As the heart of the region, Hartford will pump social capital through the veins of the greater area, and gradually return to its vibrant past.[9] Trinity students have a responsibility to aid this progression. According to Teron, “Trinity students must branch out of their homework assignments, and get out in the community,” in order to build bridging and bonding social capital. So the next time your friends decide to order food delivery, advise them to go out to a restaurant. Building social capital is an enjoyable process, and we have already made strides in the right direction, thanks to the efforts of Yanil Teron and other Hartford leaders.


Muhammad Zeb's article is the first in a series of four student blog posts featured from Trinity Assistant Professor Abigail Williamson's first-year student seminar Civic Engagement and Community as described in my blog post Classroom to Community at Trinity.