Marching on Washington: A Voice from the Crowd

An estimated 3.3 million people in cities across the United States marched on January 21, 2017 - - an impressive number to be sure. So it's a high probability you know of at least someone who did. I know many.

Marching on Washington: A Voice from the Crowd
By Kate Mason

I've really enjoyed hearing and seeing about people's experiences at the Women's March yesterday, and wanted to share some of what I saw in Washington, DC.


My mom and I joined a group of people from Connecticut and took buses down to DC for the day; we left at 1 a.m. early Saturday and got back around 3 a.m. Sunday morning. Our bus parked at RFK Stadium…because Metro stations were already overwhelmed …we walked the three miles to the rally site.


Most yards that we walked past had signs with MLK, Jr. quotations prominently displayed. We never got close enough to see the rally speakers—or even one of the Jumbotrons farther away from the stage—but we got to be part of the crowd.

Being in that crowd, I was touched by the multiple feminisms and messages I saw on display. Many signs were anti-Trump, but I didn't see one sign or hear one chant disparaging Trump voters. People's signs talked about immigrant rights, Black Lives Matter and anti-racism, reproductive rights, transgender rights, healthcare, environmental justice, and more. A huge number of signs explicitly referenced intersectionality. This wasn't only about self-empowerment; these signs and chants exemplified one of the core values of feminism: lifting up others as we rise. I can't think of a more loving message to share, or a more perfect rebuke to the spiteful, self-promoting rhetoric that the current president often uses.

I was touched by the patience and peacefulness of the protest. Conditions were often uncomfortable, and it was frustrating not to always know where we were going or who was speaking, but people handled it with grace. The most tension I ever saw was in the line for port-o-potties—people waiting an hour or more to pee can get a little grouchy—but even there was camaraderie and cooperation (people offering to hold each other's signs & bags so that they could get in and out of the bathroom as quickly as possible).


Skeptics may look at the march and ask, "How do you expect this to accomplish anything? You need to come together around a single issue." I agree that targeting specific issues will be important in the months and years to come, but there was something incredibly powerful in seeing such a diverse coalition of people and goals come together in this one space. And I'd also like folks to remember that moments when social movements make progress—like the 1960s—often see progress on multiple fronts, made possible by different movement groups learning from and supporting one another (think of Civil Rights, Women's Liberation, Gay Liberation, and other movements of the 1960s and surrounding years). Being strategic and organized about our demands for social change is important, but the claim that we must coalesce around a single goal is a false choice.


Lastly, I was impressed by the work I saw people doing to build coalitions and be better allies. I saw men amplifying and deferring to women's voices; I saw white people carrying signs for racial justice; I saw citizens marching on behalf of immigrants and undocumented residents; etc. This isn't to say that everyone did this well, and it isn't to give privileged folks a "cookie" for being decent. And I've heard stories through my social networks about some people who really weren't good allies, and some folks of color who were excluded and/or talked over. I didn't personally witness that happening, but I absolutely believe that it did. 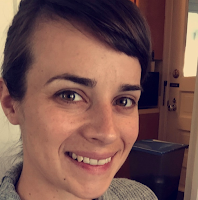 Kate Mason is an assistant professor of Sociology and Women's & Gender Studies at Wheaton College in Massachusetts. Her areas of scholarly teaching and research are gender, social inequality, health, and the body.


What's the difference between a Sunni and a Shia? What are Islam's principle beliefs and practices? Is it really a religion of peace? What is Ramadan, and why do Muslims fast? Is there really a chapter in the Quran about Mary? Is it true that Islam recognizes Jesus, Adam, Noah, Moses and Abraham as prophets?

Want to know the answers to these and the multitude of other questions you may have about Islam? Imam Sami Abdul Aziz, founder of the Islamic consulting firm Common Ground Services, would welcome the opportunity to explain Islam, and answer any and all queries you have.

Passionate about educating others to fight ignorance, hatred, and fear of Muslims, Sami and his consulting team speak throughout Connecticut spreading the message of peace, which is at the core of Islam. Sami spread his message Sunday, January 22, 2017, partnering with his wife Vjosa Qerimi-Aziz, vice president of Common Services Consulting, when they participated in First Congregational Church of Granby CT's church service, and presented their introductory Islam 101 during the after service lunch.  Church members enthusiastically welcomed them.

Sami and Vjosa are on a mission -- a mission to ensure Muslims and Islam are understood and accepted, not merely tolerated (and certainly not rejected outright), as part of our diverse, multicultural United States.


Sami is an American. His background is extensive. He serves as Imam for three organizations: PrayerSpark.com, a global interfaith service, Lighthouse for Humanity, and the Bloomfield Muslim Community Center. Additionally, he is Muslim chaplain at Wesleyan and Quinnipiac universities. And to make sure he has no spare time, Sami is a Doctor of Ministry candidate in Islamic Studies at Hartford Seminary.


Their messages about Muslims and Islam, along with the their plea that "we are just like you, patriotic Americans wanting to live in peace and harmony," left us with greater understanding of our uniting similarities.

Communication, collaboration and co-operation are the pillars of a strong, sustainable, peaceful community. Reach out to Sami. He'll answer your call.

Assalamu alaikum; peace be upon you.

My Friend Needs a Kidney Transplant

Georges Annan-Kingsley is my friend. As a long persecuted political refugee from Côte d'Ivoire, Georges suffered chronic, stress-induced hypertension causing his kidneys to fail. After a long, courageous bureaucratic struggle to escape western Africa via Ghana, aided by the French consulate, Georges received medical refugee status in the United States. He arrived in near fatal condition. He was saved by immediate access to medical attention.

His life is interrupted three times a week with grueling dialysis sessions necessary to keep him alive. With his disability he's barely able to muster the strength to help raise his family. Because his abilities are diminished he is limited in following career pursuits and engaging in community life. He's an accomplished artist (he has a painting on display at the White House), teacher, radio host, and Asylum Hill community leader championing the acculturation of arriving refugees and immigrants into this thriving Hartford, CT neighborhood. But for long-term survival Georges needs a kidney transplant. Despite his struggles, he keeps a positive, constantly smiling attitude. George has hope.


Georges' way of life is the norm for all in need of a kidney transplant. Like many of our friends, family, colleagues, and the millions of people we will never know, kidney disease has a fierce grip on their lives. Its causes are many, ranging from genetic predisposition, diabetes, hypertension, and insulin resistance to lifestyle causes such as physical inactivity, poor diets, and obesity.

So what can we do about it?


We can follow Georges' lead. Georges is championing another cause, the urgent need for the healthy people among us to become Living Donor Champions.


"A Living Donor Champion is someone who helps spread the story of a loved one in need of a living kidney donor. The Champion helps share their story and raise awareness about kidney disease, transplantation, and living kidney donation. The goal is to find a potential living donor for their loved one."

Please read the brochure below and consider making a life changing difference by becoming a Living Donor Champion.


If you would like to talk with Georges directly, which he is willing to do, please reply to my blog with your contact information. I will forward it to him.