On Memorial Day one year ago, with sunset approaching, my wife Peggy and I quietly walked among the thousands of brilliant white headstones in the Normandy American Cemetery in Colleville-sur-Mer, Normandy, France. Emotions swelled.

We arrived at the cemetery following a day-long tour of the Normandy coast where American soldiers and sailors, among whom were family elders, stormed Utah and Omaha beaches, and clawed up Pointe-du-Hoc, on D-Day, June 6, 1944, while allies Great Britain and Canada assaulted Gold, Juno, and Sword beaches. Craters carved by naval bombardment on the bluffs above the beach cliffs, along with the ruins of bunkers and cannon emplacements, remain as silent memorials that tell of a history we must never forget.

As the lowering sun cast somber shadows across the cemetery, we paused in reverence as a bugle gracefully sounded taps, and the Stars and Stripes slowly descended to rest for the night. Emotions swelled.

In solemn gratitude on Memorial Day we remember and honor the men and women who dutifully served our nation throughout its history in hopes of keeping our country and the world safe and free from tyrants and tyranny.

"I hope I don't let you down, Dad," whispered Tyler Fournier to his father as they inched forward in the line to meet President Obama.

Tyler was 13 then. Tyler has Asperger Syndrome.

Ron Fournier's book, Love That Boy, is a passionate, honest and enlightened account of his struggle to accept and embrace Tyler's differences -- from the boy he hoped for to the gift of the one he has.

As Fournier and Tyler embarked on their series of road trips to bond and afford Tyler "real-world experience to learn how to socialize," Fournier's personal mission was "to learn to love my boy for who he was, rather than what I wanted him to be." As he admits, "The original sin of parenting is the baggage we drag into it."

The origin the road trips unwittingly began in 2003 when Tyler accompanied Fournier, a departing White House correspondent, to a courtesy visit with President George W. Bush. Fournier was anxious and unsettled that Tyler, then just five years old, would  embarrass him in front of Bush. Yet as Fournier poignantly recounts the meeting, "[Tyler] was, in a word, quirky. But the president was enchanted."

As Fournier and Tyler "were walking out of the Oval Office... Bush grabbed me by the elbow. 'Love that boy' he said, holding my eyes. I thought I understood what he meant. I didn't. It took me years to understand."

This must-read book shares a story to which all parents and child caregivers should give heed in raising not just an atypical child, but every child.

I first heard about Love That Boy, during NPR's Scott Simon's emotional interview with Fournier. Give it a listen. It's well worth the 9 minutes, 15 seconds. Then read the book. 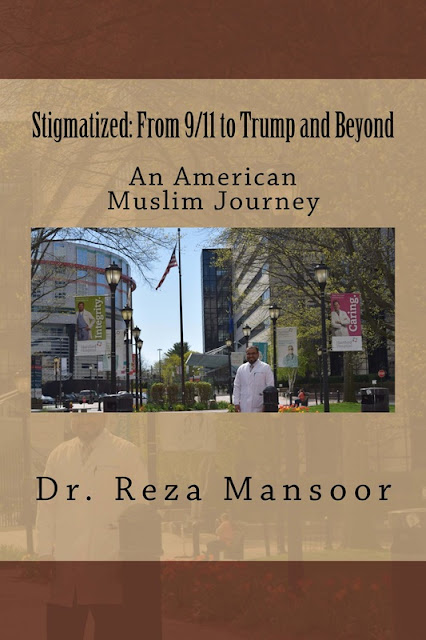 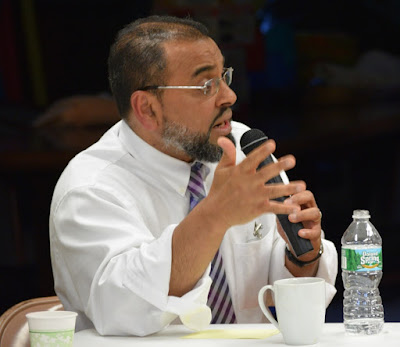 Dr. Reza Mansoor is my friend. He is a friend to many. He opens paths. He clears paths. He is a stonecatcher.

I first met Reza several years ago while building Habitat for Humanity homes in Hartford. He was on the Muslim Coalition of Connecticut (MCCT) crew. The assembled construction crews were part of Hartford Habitat's interfaith collaborations designed to bring diverse faith communities together in side-by-side unity to build homes for families in need of simple, decent places to live.

In the intervening years since we met, our paths have intersected several times: on more Habitat builds, at a Hartford shelter's kitchen when my church volunteered with the MCCT team, and at numerous interfaith gatherings, where many people of diverse religious backgrounds have come together to learn from each other, and to share their common calling to love and serve their neighbors.

Dr. Mansoor has just published a book worthy of our attention. "Stigmatized: From 9/11 to Trump and Beyond, An American Muslim Journey".  Check out the book's website.

The following excerpts from testimonials found on the website are persuasive:

"In his recent work, Dr. Reza Mansoor describes the role of his Muslim brethren in the building of our nation... Those who revere Islam have as much to do with America's success as do Protestants, Catholics, Jews, Hindus, or any other religious sect...Sameness did not build America. Difference did...What makes us brothers is our love of America. This is what Dr. Mansoor's book celebrates."
Governor Lowell P. Weicker
Former Governor,

"This book is an important book for all those who yearn to see the true face of Islam, but also, it's a book that will inspire us to open the doors of our own faith communities to work together with others to make this world a better and more peaceful place for our children."
Rev. David W. Good
Minister Emeritus
The First Congregational Church of Old Lyme

But this book...is also a call to Muslims in the US to refuse being defined by the other...a call to Muslims to contribute creatively to open houses for new exchanges, new alliances and networks with people of different faiths, prepared to work together for a plural society, where respect for the other is a common value."
Rev. Dr. Hans Ucko,
Former Program Secretary for Interreligious Relations and Dialogue
World Council of Churches,
Geneva.