Residential Segregation in America: By Accident or On Purpose? 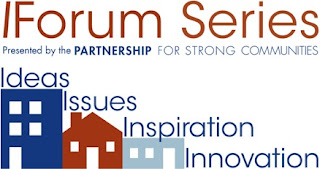 Richard Rothstein, a noted researcher and policy advisor at the Economic Policy Institute, has invested years in analyzing the history and effects of residential segregation in the United States. He was the keynote speaker at the Hartford-based Partnership for Strong Communities March 31, 2016, IForum on "Housing Choice and Affordability: Unlocking Opportunity."

Rothstein's presentation traced the history of how metropolitan segregated neighborhoods formed throughout the United States. His fact-laden recount began with the Great Migration of African-Americans moving to northern, midwestern, and western cities, away from the Jim Crow south in the early twentieth century. He does not hide his passion for destroying myths about how segregated housing just happened by accident, or as one might say today, organically. Rothstein's insight deserves inclusion in any discussion on racism in America.

Rather than try to summarize what I heard in his presentation, I recommend listening to his thirty-six minute discussion with WHYY's Terry Gross from an interview she conducted on her May 14, 2015, public radio show Fresh Air. It is essentially what he presented at the IForum. It is titled "Historian Says Don't 'Sanitize' How Our Government Created Ghettos."  The interview's transcript begins as follows:

"We have a myth today that the ghettos in metropolitan areas around the country are what the Supreme Court calls 'de-facto' — just the accident of the fact that people have not enough income to move into middle class neighborhoods or because real estate agents steered black and white families to different neighborhoods or because there was white flight."

"It was not the unintended effect of benign policies," he says. "It was an explicit, racially purposeful policy that was pursued at all levels of government, and that's the reason we have these ghettos today and we are reaping the fruits of those policies."

Rothstein is also the author of "The Making of Ferguson" in which he documents how public policies, those same policies he discussed at the IForum, are the root of Ferguson's troubles.