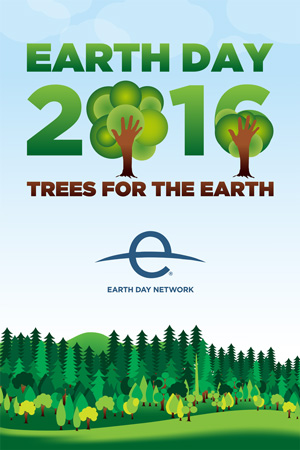 Today is Earth Day. It's a day to take action. It's a day to celebrate. It's a day to honor the movement that began in 1970 giving "voice to an emerging consciousness, channeling human energy toward environmental issues. " It's a matter of survival. Let's give thanks to all people around the world who do their part, big or small, in protecting our planet, and making it a better place to live for generations to come.

To celebrate I'm sharing a few of my recent photos of a Great Blue Heron I observed by chance last week in a nearby swamp. These photos are of a heron (whose mate is nearby keeping a watchful eye) that made a nest atop the remains of a tall dead tree in the middle of the swamp. I photographed the herons from afar and I won't be going back to visit for several weeks because human disturbance, particularly during the beginning of nesting, often results in nest failure with abandonment of eggs or chicks.

The heron photographed is returning to the nest and settling in to incubate a clutch of eggs that I hope yield a healthy brood, and become a new generation. It would be a minor miracle if I actually got to photograph them as they fledge, however I'll be happy just to see the new arrivals soon after they leave the nest. 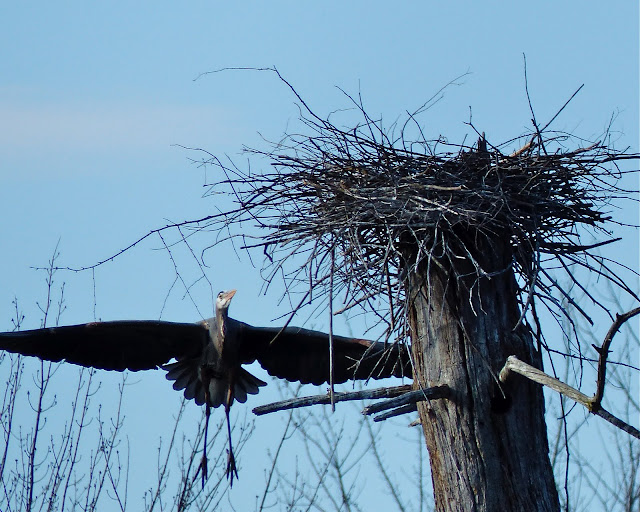 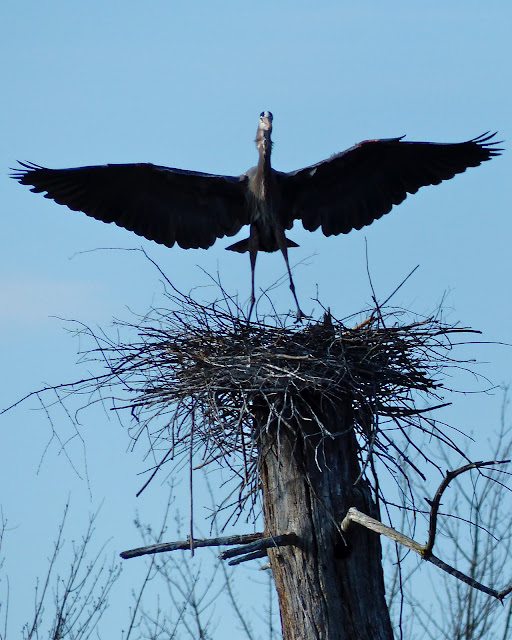 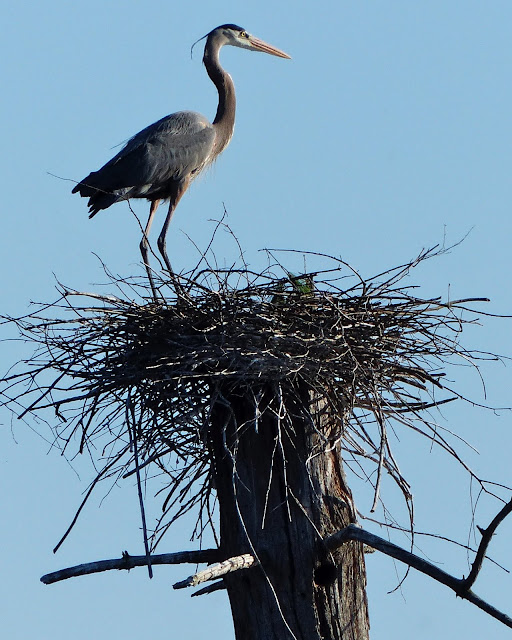 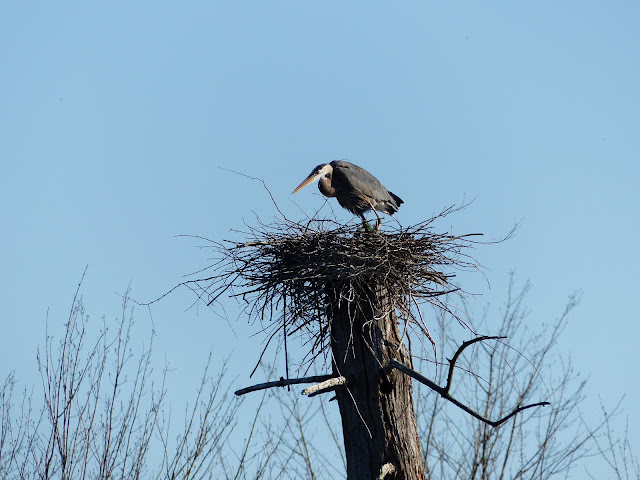 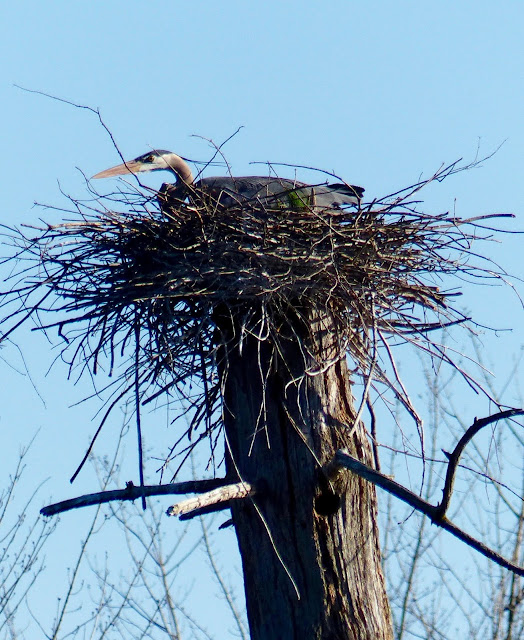