Bipartisanship: A Bridge Too Far? 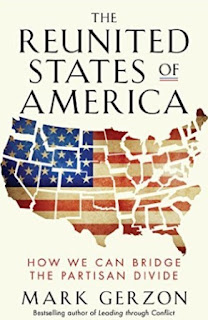 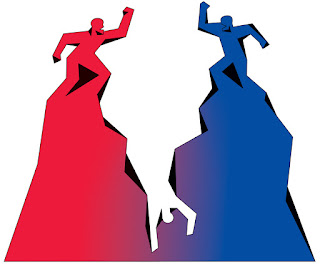 "You do affirm that all the testimony you are about to give in the case now before the court will be the truth, the whole truth, and nothing but the truth; this you do affirm under the pains and penalties of perjury?" So reads a common oath of affirmation used in many United States courts. Not telling the truth when sworn to do so can lead to contempt of court and, as the oath threatens, "the pains and penalties of perjury."

Can we as a nation come together to tell the truth, the whole truth, and nothing but the truth in today's destructive U.S. court of public politics, where the truth can be elusive, and where spinning truth and facts to fit a point of view or a promised outcome seems all that we hear from competing politicians, regardless of political party?

"'Spin' is a polite word for deception," writes Kathleen Hall Jamieson, as quoted in Mark Gurzon's new book "The Reunited States of America." Our acceptance of this spin, whether voiced from the left, center, or right, should be grounds for holding us, not just the spinning politicians, in contempt of the court of public opinion because we lack the courage to listen, learn, and lead as one nation. E pluribus unum (Out of many, one), Gurzon reminds us.

Two influential leaders and writers, Mark Gurzon and Arthur C. Brooks, offer persuasive points of view that offer direction on ways to bring America together to reject the polarization that is preventing our ability to govern the United States effectively.

Last week at Leadership Greater Hartford's 40th Anniversary Breakfast, Mark Gurzon, author of "The Reunited States of America: How We Can Bridge the Partisan Divide", presented his ideas to mitigate the growing polarization in American communities. Specifically, he calls for building a transpartisan movement in the United States with citizens having the courage to take action. Action to "bridge the partisan divide" by:


Reinventing Citizenship: Moving from dogmatically confirming our own beliefs to having the courage to listen and learn from others.

Leading Beyond Borders: Moving from wanting absolute control of policies and programs to building healthy and diverse community relationships.

Serving the People: Moving from endless campaigning to actually serving the public.

With similar sentiment to find common ground, Arthur C. Brooks, president of the American Enterprise Institute, writes in his article Bipartisanship Isn't for Wimps, After All (New York Times, April 10, 2016) that today's polarized commentary "is more contemptuous than angry, overflowing with sneering, mockery and disgust." A condition leading to "permanent enmity" where "Bigotry and contempt make it impossible for America to do many great things."

Brooks emphasizes that one does not have to "surrender to the those with whom we disagree...but our duty is to be respectful, fair and friendly to all, even those with whom we have great differences." He further writes "Rejecting polarization is more than self-improvement; it is an exercise in self-respect...Next time someone on your side insults people on the other side, think of someone on that side whom you love and respect. You have just been insulted."

Both Gurzon's and Brooks's writings open a knowingly difficult path that, if we have the courage to follow it, can lead us to restoring our faith in each other and our faith in our country. It's not a bridge too far.

Graphics are from Gurzon's book and Brooks's article.