Build for Unity: Stand Together 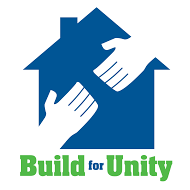 
Sacramento's Build for Unity project brings together members of the Muslim and interfaith communities to fund and build homes for two local families in need, and to make a stand of togetherness against cultural and religious intolerance.

"Coming together as a community to build houses in order to provide a home for people that need a home – is the loudest statement that we can ever make to the rest of the country," said Imam Azeez, a local leader in the Muslim faith community.

"The Build for Unity sends a most powerful message during a time when we need to elevate above the hateful rhetoric used by some in this country," said Congresswoman Matsui at the event launch.

I learned about this Sacramento Habitat sponsored initiative while recently working with a team representing 14 Habitat for Humanity affiliates from across the country gathered to develop recommendations for expanding Habitat for Humanity International's interfaith collaborations globally.

Sacramento's initiative builds on the interfaith collaborations several U.S. Habitat affiliates currently host. I know this to be true having led local interfaith initiatives with Hartford Area Habitat for Humanity.

"Come together. Build together" is one of Hartford Habitat's core uniting themes to bring diverse groups together to work collaboratively building affordable homes for families in need.

Hartford's Habitat has held interfaith builds for more than a decade, focusing initially on bringing the three Abrahamic faiths, Christianity, Judaism, and Islam, together to sponsor and build a home we called a "House of Abraham."

In recent years the home has been call a "House of Faith" as we expanded the focus to encourage all faiths to participate. These builds also include off site events to promote conversation, friendship, and community.

Interfaith collaborations are imperative initiatives that many organizations and institutions can sponsor in taking a stand of togetherness against cultural and religious intolerance.