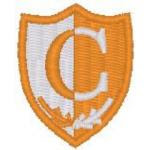 “We're sorry about everything that went down at the game last week,” said Farmington High School  senior Danny Ha to students from Capital Prep whom he coincidently met at Hartford Stage's production of Romeo and Juliet.

Apology Accepted, Hartford Courant reporter Lori Riley's continuing coverage of the derisive "SAT chant" captures the story of a chance meeting between a Farmington High student who seized the opportunity to apologize on behalf of the high school for the hurtful chant directed at Capital Prep's girls basketball team last week.

Of the apology, Lisa Loomis, head of Capital Prep's English department, said, "It was a small act by a single student, but it is having a great impact on our school."

It's a positive step. A step in the right direction. More steps need to be taken. The apology opens a path.

For further background read Turning a Hurt into a Positive, Riley's first article on the "SAT chant."